The number of construction job openings fell by 71,000 in June to 334,000 from May, according to an Associated Builders and Contractors analysis of U.S. Bureau of Labor Statistics’ Job Opening and Labor Turnover Survey data. While monthly jobs declined, industry openings are up by 13,000 from this time last year.

“While debate regarding whether or not the U.S. is in recession rages on, one thing appears clear: the U.S. economy is poised to slow,” said ABC Chief Economist Anirban Basu in a press release. “What had been an economy beset largely by issues of supply is now becoming one faced with both supply chain issues and weakening demand for goods and services.”

How are New Construction Materials Prioritizing Human Safety and Wellbeing? 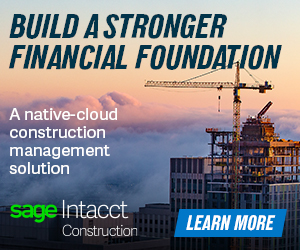